Skip to content
Stunning Find in my Grandmother’s Recipe Box 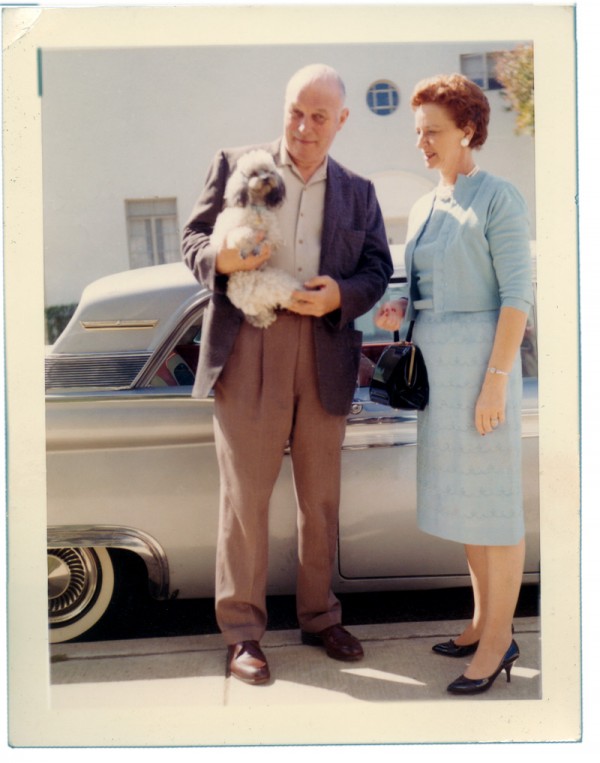 My Grandparents with my Gramma’s beloved poodle, Jolie Beau.
My Gramma dearly loved dogs and always had poodles.

My Gramma was a great cook. Her food was very homey and always so good. She was the epitome of what you expect a Grandma to be. Except she was ahead of her time, and very spirited and funny. You might even call her a bit of a feminist since she declined to marry her first boyfriend because he objected to women working outside the home.

In her mid 80’s, my grandmother moved from her large home into assisted living. She gave many of us some of her treasures, and I received her large, plastic recipe box. At the time Iw as living in a small apartment with little space. So I carefully packed it away, along with her wedding china and a few other treasures, she gave me. I finally retrieved the stored items after I purchased my first home.

I am sorry to admit that I didn’t open my Grandmother’s recipe box, until after she died. Inside were all her recipes, a few cut out of magazines and carefully pasted to index cards. Most had been carefully typed onto now-faded and yellowed recipe cards from unknown sources. It soon became apparent that this box was far more than a collection of casserole and Christmas cookie recipes. I sat on the floor of my living room and sorted through all the recipes. But, I did not expect to learn more about my grandmother than just how great a cook she was.

I have  vivid memories of my grandmother, sitting at her breakfast table with an old metal typewriter and an avacado green telephone on the wall behind her. There she would type letters to friends, sign Christmas cards, pay bills. Her recipe box often sat on this table, in the breakfast room shaded by the huge backyard oak tree and in view of her beloved camellias.

When I opened her recipe box, many years later, I thumbed the indexed tabs, “Vegetables”, “Casseroles”, etc. But, I soon found several cards that had nothing to do with cooking. There were handwritten notes on each camellia bush in her yard, with the names of the types of flowers and how to care for them. I found a recipe card, written in blue ball point ink, dated 1988, and apparently written after a phone call from her doctor. On it was her diagnosis of degenerative disk disease and osteoporosis. Names of pain medications were carefully listed beneath the diagnosis that was the chronic source of severe pain until her death, at age 96 in 2006.

But not all her non-recipe cards were serious. To my amazement, I found two, particularly entertaining cards. One, a very old fashioned paragraph about marriage, that she liked enough to copy. But another turned out to be most surprising of all.

Below is a corny but sweet comment on marriage she must have typed when she was fairly young: “To Preserve a Husband”. The age of the card led me to believe it was typed in the 1940’s or so. That would make this poem  to be at least 100 years old, by now. Though I always saw her as so much more than a traditional woman of her time; her spunk and rebellious nature were some of the things I loved most about her. This card seemed to be more a reflection of how she saw herself, and what she was proud of: her family, her home, and role as a wife and mother, and eventually grandmother. 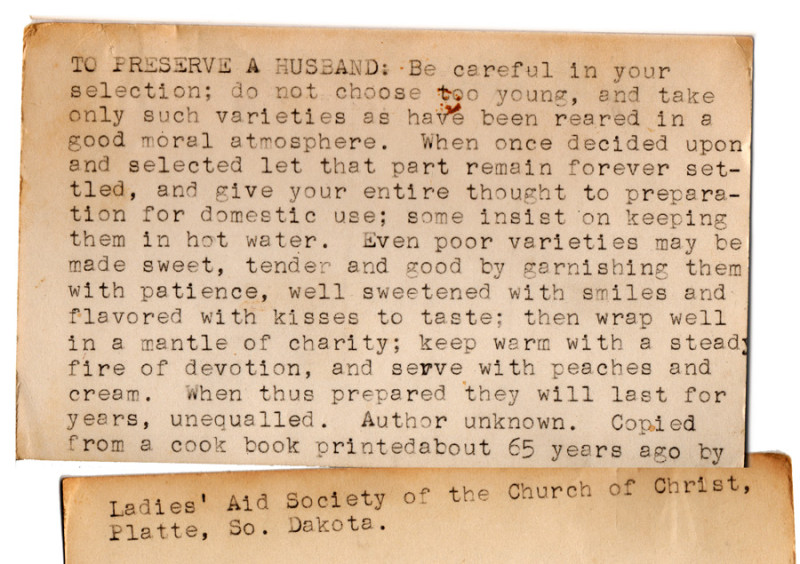 But I must say I was most surprised by what appears
to be an original poem written by my Grandmother.

Her beloved silver toy poodle was named Jolie Beau. My grandmother loved dogs and always had poodles as long as I could remember. I think her dogs were her dearest friends, and this recipe card attests to that fact. I had no clue my grandmother wrote anything. As far as I know this is her only attempt at poetry. That her dog was her muse, and her source of creativity is not entirely surprising. I suspect she would have been embarrassed for anyone to have found this. But I do love that this was amongst her many recipes. 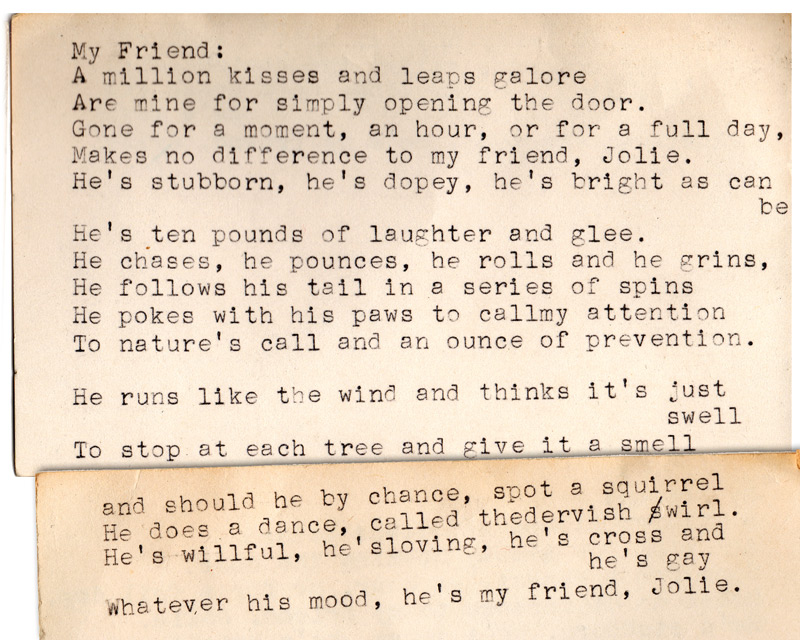 My grandmother’s recipe box was a chronicle of her life. My very private gramma kept some personal thoughts, notes about health issues and secrets about herself in that box. Much like finding someone’s journal, I found out some things about my grandmother that I never knew.

That box reminded me, again, why I was so proud to be her granddaughter.

fill out a wholesale application.
Go to Top